Home / AUTISM / The Scale of Autism in India 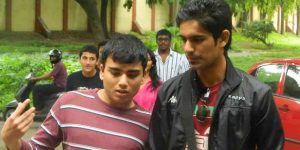 More than a million school-going children in India have autism spectrum disorder. But experts say, the number is grossly inaccurate because autism, in most cases, is not properly diagnosed in India. Forget the villages, diagnosis is often a far cry in most big cities. Autism in India is still largely undiagnosed and unaddressed at the proper time.

The Autism Situation in India

The simple fact that one in every five children in India doesn’t go to school, raises questions about the real number of children in the country having the disorder. Autism in India usually causes social isolation. It also leads to a poor quality of life for the affected children and their families. Not diagnosing the disorder at the correct time reduces the later chances of improvement. In such cases, thorough interventions usually don’t serve any purpose.

That aside, many parents in India are unaware of the fact that if their child misses some common developmental milestones, it may be one of the early sign of autism spectrum disorder. The delay can be avoided. But it’s a tragedy nonetheless. Timely detection and early interventions, with support from family and caregivers, can significantly improve the life of a child with autism.

Psychologists, teachers, and most importantly the general public should be educated more about autism. Many times, children are rejected from special schools because of the complex nature of autism spectrum disorder. Majority of the teachers training courses in the country don’t cover autism spectrum disorder as a subject. Even many doctors are unaware of autism and are incapable to properly guide the parents of the child about what they should do.