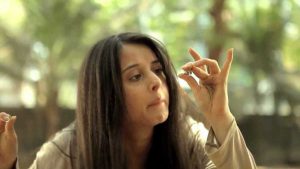 Imagine how frustrated you can be if you are not able to express your feelings. That’s exactly what a child with autism feels. But the autism situation in India is such that people recognise the need to get their child diagnosed at a much later stage.

Autism is a development disorder which impairs a child’s ability to interact and communicate with others. It’s a difficult condition to deal for both the child and the parents, especially in India where proper and effective intervention is very basic.

Mental disorders are still considered a taboo in India, with not enough professionals to deal with the issue, leave alone proper diagnosis.

Autism is a spectrum disorder where a child can be severely, moderately, or mildly affected. A child may behave in a way different from their neuro-typical peers, may be non-verbal, or may not be toilet trained. Children with mild to moderate autism often manage to attend regular classrooms with proper support. But at the same time, there’s a whole block of children sitting at home who don’t know where to look for help. The numbers are huge and they are missing out both on training and opportunities in the process.

Early intervention is extremely important to challenge autism. But as already said, a major problem in India is the late diagnosis. It almost never happens at the proper age. The average age for autism diagnosis in India is when the child is about five years old. But the fact is, the child should have been diagnosed much earlier. Schools take in children only at a certain age. So by the time the child is 10 or 11, he/she is already set in the ways. Training then becomes difficult.

The autism situation is India is far more serious than what the numbers indicate. While awareness has undeniably increased in recent times, a lot more still needs to be done.

Employing Autistic Individuals in the Workforce

Autism Intervention: The Earlier the Better