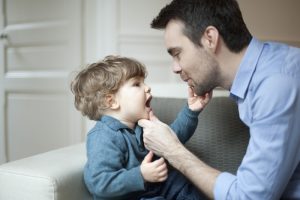 According to the US Centers for Disease Control and Prevention, one in every 68 children in the country has autism spectrum disorder (ASD). Families often struggle to find therapies and services for children, while healthcare systems, school districts and public policymakers scramble to find ways to make the situation better. Children with ASD face several adversities during growing up, while autistic adults scour residential and other types of support in an already overburdened disability service program.

Diagnosis of children with ASD is at the crossroads. American psychiatrists, in 2013, revised the diagnostic manual and traded the four conditions under autism umbrella for a common name: autism spectrum disorder. Spectrum was added to the coinage because it expresses the variable areas of challenge affected by autism. The degree of ability and disability widely varies among people on the spectrum.

Some children with ASD may have no functional speech at all, while others may have an advanced vocabulary. An autistic child may have intellectual drawbacks or an above average IQ. But at the same time, the child could be socially active or withdrawn. He/she may behave in an eccentric way, with sound knowledge of music, or paranoia over an object.

Physicians, until 2013, tried to segregate the types of autism, using four different terms to help in the diagnosis. They were as follows.

But there’s no denying the fact that positive strides in diagnosing children with ASD have been made in recent years. Much still needs to be done. Raising awareness will certainly play a key role. More research needs to be carried out. Only then perhaps the problems of children with ASD will be resolved to an extent.