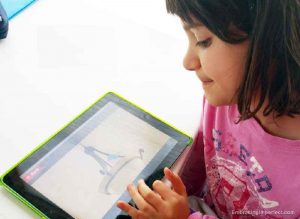 “Serious games” are a new generation of mobile and computer apps that have been designed to be more than just a recreational diversion. These games can be used for learning and educational purposes and help train people for medical or health applications and in new environments. They can be both useful and entertaining.

Experts are of the opinion that the fast developing field of serious games has the potential to extend new therapies for improving the health conditions of children having autism spectrum disorder.

More than one percent of the US population is said to be currently diagnosed with autism spectrum disorder with the number of autistic persons increasing at an alarming rate every year. While the prevalence of estimates regarding autism varies all over the world, in the US the number is as high as one in every 68 persons.

The causes behind autism spectrum disorder are not exactly known. Scientists believe that a likely combination of prenatal, genetic and environment factors could be the reasons behind autism. A reliable diagnosis of a child can be made at around two years of age. But in most cases, the diagnosis happens at around four years of age, when the symptoms of suspected autism become more visible. In less-developed countries, it’s even much later at around 7-8 years of age, when nothing much can be done therapy-wise.