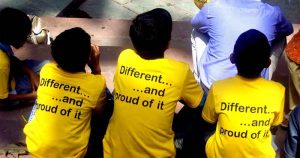 For years, India had no numbers regarding the extent of autism spectrum disorder in the country. Doctors used to call childhood autism a Western syndrome and doubted its existence in India. It’s one of the major reasons why autism remained one of the most misdiagnosed disorders in the country. Diagnosis often got delayed because doctors labelled autism as schizophrenia or mental retardation and blamed bad parenting in this regard.

Things, however, have begun to change slowly. If earlier the question was “What causes autism?” the question now is “Can it be reversed?” The hunt now is for autism in molecules and genes as scientists begin to decode how brain cells communicate with each other.

Experiments have already been carried out on some animal models in India. Some proof has emerged that a few types of autism spectrum disorder can be reversed if the brain activity can be slowed down. India has entered the exalted global arena where childhood autism can be controlled by using cutting-edge science, bringing hope to thousands of parents who have struggled to find a way to address the disorder.

Autism Employment Opportunities on the Rise

According to conservative estimates, more than 10 million Indian children have autism spectrum disorder. About one to 1.5 percent children having autism are aged between two and nine, which means that the prevalence rate is one in 66.

Scientists and researchers say that autism warrants immediate attention. Policy changes are required at the state level to come up with more interventions. The pertinent need is to include these children in the mainstream.