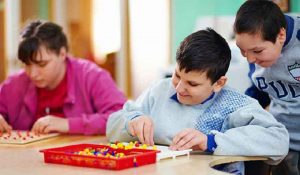 Autism is among the fastest growing neurological disorders. According to conservative estimates, one in every 95 children has the disorder. While the autism signs usually vary among individuals, there are a few common characteristics. These include problem in communicating, doing the same thing repeatedly, avoiding eye contact, and difficulty in communicating and social interaction.

Most experts believe that autism is triggered at a stillborn stage but the signs aren’t noticeable until a child is about three-four years old. The common autism characteristics become apparent at this age, which parents often ignore as ‘minor issues,’ believing that these will be settled as the child grows up.

Autism Hiring: Having a Diversified Workforce

It can’t be overemphasized that early intervention is the key to manage autism. Any early signs should not be passed off as ‘developmental’ or ‘a stage.’ Consult your physician on the minimum suspicion that your child may have autism. Diagnosis and therapeutic interventions should start as early as possible.

Even during infancy, children having autism don’t like to be touched, and are usually uncomfortable with eye contact. If your child doesn’t like the games that even six-month old children would love to play, it could be the early signs that he/she needs intervention.

Autism at an older age

Children, as they grow older, should start speaking and become more verbal. If your child doesn’t say simple words or phrases and doesn’t make the normal babbling sounds within the first year, it could be the first signs of concern.

Job Skills Training for the Differently-Abled

The Tricky Path to Autism Employment