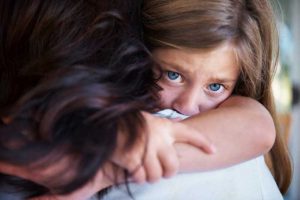 All of us know that discipline is very important to raise children. But how do you properly discipline a sensitive child whose responses are more acute than his/her peers?

Well, there’s nothing wrong in being sensitive. A sensitive child, in most cases, is one of the most compassionate and kind kids that you will ever meet. However, as a parent, you may face some challenges to raise a sensitive child.

Talking to Children about their Unique Abilities

Many children are not only emotionally sensitive, but respond with a greater sensitivity to anything physical which triggers their senses. Bright lights, loud noise, or some specific textures could cause a tailspin among sensitive children. They often fear large crowds and struggle in dealing with changes.

Many people think that sensitive children are merely shy. But there’s more than that. A sensitive child feels almost all emotions more intensely. This means they are prone to overexcitement, heightened anger, or may get very scared. At the same time, sensitive children are quite hesitant in trying out new things. They usually struggle while dealing with frustration. Such actions often have an effect on peer interaction. People may say “the child cries a lot,” or “the kid who can’t control temper.”

Implementing strict discipline could help sensitive children to change their behavior. But as a parent, you should remember that handing out a harsh punishment could aggravate the problems in a sensitive kid.

What Causes Autism in Children?