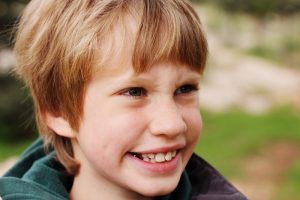 It’s nothing unusual for parents of newly diagnosed autistic children to feel panicked and devastated. For many, it’s like the world crashing down. They often blame themselves and each other when their child is detected of autism spectrum disorder. They blame everything from the wine the mother drank before she came to know about her pregnancy, to the cigar that the father smoked, as probable reasons behind the child becoming autistic.

But remember. It’s neither your fault, nor your partner’s, if the child has been diagnosed of autism. What you did in the past, whether your child was “planned”, how strict or permissive you were with him/her, and all other similar factors have got nothing to do with the presence of autism.

There are several forms of autism. And that’s why it’s called a spectrum disorder. There’s no single-type-fits-all case. Scientists and researchers are just beginning to discover the environmental and/or genetic factors that may play a role. But of course, you have no control over them. However, autism spectrum disorder can be managed with proper information and therapy. By educating yourself and others, you can take wise decisions. Reliable information from dependable sources is what you need first.

According to the Atlanta-based Centers for Disease Control and Prevention (CDC), one in every 68 children in the US is autistic. The number of adults with autism is believed to be identical. That aside, a recent door-to-door survey in the UK has revealed that approximately one in every 100 adults has autism.

And that means you aren’t alone. Thousands of families all over the world are trying to cope with the dilemma of raising newly diagnosed autistic children.

Each autistic child has his/her own strength and weaknesses. As you start learning more on the subject, you will get to know where your own child is placed on the spectrum. Identifying the weak points and addressing them will be your top priority. But never forget to celebrate their strengths.