Home / Uncategorized / “One man, one moment, touching the life of an autistic child” – Video that went viral 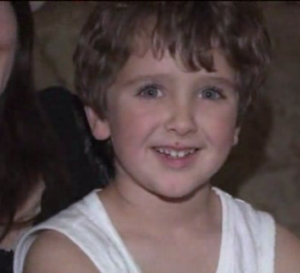 Robin Newberger, mother of 5-year-old Daniel Mulligan who has autism, probably never thought that her son’s love for garbage pickup trucks would one day make him famous.

Daniel’s rise to fame came after his mother posted a video on the Internet, showing the cute boy receiving a gift pack from the driver of a garbage truck that regularly collects trashes from the Ojai neighborhood where the Newbergers reside.

After discharging the bin, driver Manuel Sanchez came out of the truck with a brown bag, and gave it to little Daniel, but not before getting a nod from his mother.

A “Thank you” from Daniel was soon followed by an overwhelming response from Robin, who said in an email to Autism Speaks, “Our hearts are overflowing.” She has even created a Facebook page called ‘The Gift‘, requesting parents of children with autism to tell their stories.

What gift did Daniel get? The answer is not much of a surprise: a plastic toy truck.

“He waits all week for Monday morning pickup. He knows exactly which cans are being picked up each week, and Sundays are special for him when he takes the cans out with his dad,” the elated mother said. “Our recycle man, known only to us as Manuel, is his favorite. He always has a big smile for Daniel, who is faithfully waiting for him every Monday. To him, trash pickup is like a symphony. He synchronizes his hand movements with the truck.”

“That little boy is so special, and he will steal anybody’s heart as soon as you see him. I didn’t know what he has, but there’s something very special about him,” said Manuel, who has been getting a lot of media attention following his “simple act of kindness,” as put by his employer E.J Harrison & Sons.

Image and video courtesy of KTLA 5