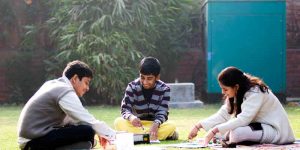 There are about 2.7 crore uniquely-abled persons living in India. According the Census of 2011, around 2.21 percent of the country’s population is uniquely-abled and that has certainly increased over the past six years. Unlike the West, the uniquely-abled in India are more socially vulnerable because of lack of quality education and barriers in attitude as they grapple with challenges of acceptance, access, and inclusion.

Even a few decades back, it was almost unthinkable for uniquely-abled persons in India to lead an independent life. The advent of technology, more importantly the internet, has opened up new possibilities. Visually challenged individuals now have audio books that help them to learn. The social empowerment ministry recently announced the launch of an online library where books are available in various accessible formats to help differently-abled people aid their learning. With such learning aids and various other disruptive technological solutions, uniquely-abled people have become more independent and are also contributing to the society. These wheels of change were set in motion long time back in the developed world.

In countries like India, the road to accessibility for uniquely-abled persons is long and winding. Accessibility to education and jobs is a major issue. Both the digital world and the physical space are not much open to differently-abled people. Existing technology and standards notwithstanding, the problem of non-conforming to the universally accepted standards of electronic devices, is a major impediment.

Challenges to Special Education in India

There is a set of standards for electronic publications and documents, and websites, and other forms of multimedia and technology. But these are often not adhered to. But there are technologies that can be of immense help to uniquely-abled persons and these have to be implemented in the right manner.

Education for Differently-Abled Persons in India