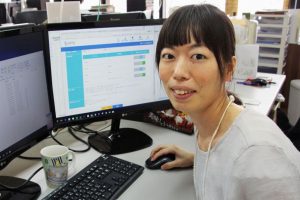 Uniquely-abled people are less likely to get employment than their neuro-typical peers. Employment opportunities for this section of the population are usually limited, more because of people’s attitude towards hiring uniquely-abled workers.

People’s opinion about an organization is largely influenced by the employees it hires. The success of an organization depends on the ability to attract diverse experiences and skills from the population. This includes supporting diversity and not excluding “different” people. Being uniquely-abled is often not visible and is often more common than we think. Many companies have uniquely-abled people in their workforce, and as stakeholders, suppliers, and customers.

Preconceptions about hiring uniquely-abled workers are the biggest barrier for them. There is often an invisible “hierarchy” where the severity and type of impairment impacts an employer’s views regarding the employability of these people, ignoring the person’s capability of doing the job or not. Companies often fear how their staff, clients, and customers may react if they hire uniquely-abled people. It seems there’s a sort of “social sanction” before a company hires a uniquely-abled person.

An organization which is friendly to such people has staff and managers who understand the capabilities of uniquely-abled persons. They know that it’s important for an organization to recruit these people and follow inclusive policies and practices. The human resource (HR) department of these companies ensures a diverse workplace and addresses the barriers to hiring and promotion of uniquely-abled people. They think about the needs of these persons while hiring them.

I am Uniquely-Abled, Not Disabled