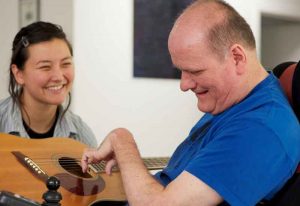 Being uniquely-abled is usually viewed by different people in different ways because of their socio-economic positions. For instance, in Africa, unique abilities are considered as a spiritual curse regardless of what scientific and medical explanations say.

In the West, being uniquely-abled is viewed as a natural phenomenon which is explained by scientific theories. The outbreak of polio among children in the late 1950s and 1960s, is one such example. Perceptions differ among people and that attracts government intervention to forge parity among uniquely-abled persons and neuro-typicals.

Uniquely-abled people face several challenges in life. These include psychological, education, physical (structural), cultural, health/medical, emotional and economic challenges. Perhaps the biggest complexity of being uniquely-abled is that it’s largely associated with poverty.

Uniquely-abled people face a number of economic challenges. These mostly crop up from the discrimination that these people face in the society, and the institutional level, despite being no less educated than their “normal” peers. But their participation level in economic activities is very limited. Uniquely-abled persons, in most cases, do not get equal opportunities in programs that aim to empower the general population.

The economic challenges faced by uniquely-abled people, is one of the major reasons that medical needs do not reach them. Most such people in developing countries can’t afford special equipment like hearing aids and audio-visual apparatus. Their economic backwardness creates a poverty cycle and they can least afford to get their children educated. Many uniquely-abled persons, in their old age, can’t even find menial jobs like vending. Even their children are often not financially independent.