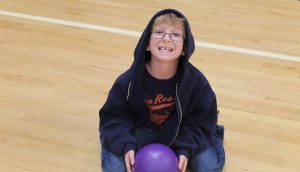 Autism spectrum disorder has no cure. However, intensive therapy can help a child learn a variety of skills, from making eye contact to converse with people. The sooner the therapy begins for a child, the better it is for him/her.

It is generally believed that an autistic child should undergo 25 hours of therapy each week as soon as the presence of the disorder is diagnosed. Autistic children have different sets of abilities and behaviors. At the same time, each child is different from the other and their autism management varies. The unique challenges of a child should be taken into account and healthy development through play should be encouraged rather than trying to change the symptoms.

Autism management intervention can take several forms. It may include attending regular playschool, to a parent working with the child the entire day, to therapies from trained professionals and teachers. But it largely depends on how early autism is diagnosed in the child.

Recent researches suggest that more than 80% children who have had an early diagnosis, developed some speech by nine years of age.

But one of the biggest challenges towards autism management and intervention is the lack of adequate trained therapists and professionals in both general and special education schools.

Much of autism spectrum disorder is still a mystery. There’s no definitive indicator or medical test to determine whether a child has autism. Detection is entirely symptom-based. A child is called autistic only when the symptoms match.  May be a day will come when autism can be entirely prevented even before a child is born, by using gene therapy. But as of now, early diagnosis followed by a structured autism management is the only hope.  Parents have to realize that going into a denial mode won’t serve any purpose. Rather, carrying out the requisite tests, and beginning the interventions is most important.