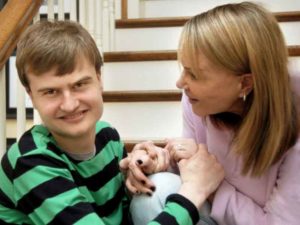 “Early diagnosis lead to timely intervention” is the mantra regarding developmental disability. Children with autism demonstrate signs of the disorder even before they are nine months of age. But the average autistic child isn’t diagnosed of the condition before the age of six. This five-year delay becomes extremely important as autism intervention begins late.

Parents often paint a mental picture about autism. They believe that being diagnosed as an autistic means a lifetime of disability. Yet others go into a denial mode and that doesn’t bring much welfare to the children.

But parents are now learning about effective autism intervention and how the same can significantly improve the chances of a child leading a happy, independent, and highly productive life.

Way back in 1987, scientists discovered that 47% children who got early autism intervention, were able to be mainstreamed into a regular education channel, “indistinguishable” from their neuro-typical peers.

A major reason for delay, especially on the part of healthcare professionals, is understanding autism. From their birth to the age of three, children usually have contact with a single doctor, the pediatrician. The doctor, who is not expected to be a specialist regarding autism detection, often fails to identify the first signs. Even if the parents report any suspected development delays, the doctor passes it off as usual stuff that many children are late in responding to stimuli. Second opinion always counts in such cases and speech, occupational, and physical therapies should follow.

Fortunately, over the years, an increasing emphasis on timely autism intervention has helped doctors identify the first signs of developmental delay so that they can refer a case for further assessment. There are now a number of questionnaires that pediatricians use to detect early signs and start autism intervention. The modified checklist for autism in toddlers (M-CHAT) is one of them.

5 Teaching Tips for Children with Autism

Nonverbal Ways to Connect with an ASD Child