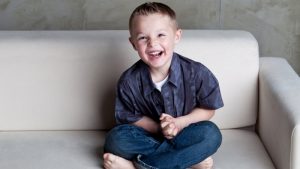 Problems with social interaction and communication are two of the main features of autism spectrum disorder (ASD). Take your pre-school child to a general practitioner or a health visitor if you notice any of the common ASD symptoms. Seek expert intervention at the first instance as ignorance may lead to compounding the situation.

Technology Interventions for Children with ASD