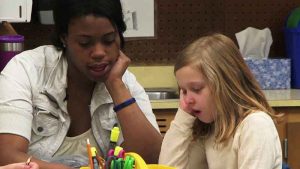 Scientists and experts are still largely uncertain about what causes autism spectrum disorder. There are a combination of several causes, rather than a single cause, that leads to the manifestation of the disorder in children. These include several factors like biological, environmental, and genetics, and set increases the chances of a child to have the disorder.

Genes are widely believed to play a key role in development of autism. Identical twins have a greater chance to be affected of autism than those who are fraternal i.e. not genetically identical. If there’s one child with autism in a family, chances of having another child with an identical disorder is about five percent.

Parents or close relatives of a child with autism may sometimes have mild social impairments like communication problems, repetitive behaviours, inability to interact with people etc. These factors also contribute to autism. Research has also indicated that a number of emotional disorders, like manic depression are more likely to occur in a family that has a child with autism.

Several scientists, in both individual and combined research, have found autism to be linked with the presence of an abnormal gene. The gene could be one of the three or more genes that interact in a way to develop autism. Other factors that may trigger the condition along with the genetic reaction include chemical imbalance, lack of oxygen during birth, or viruses from chemicals.

The Reality of India Autism Diagnosis

In some cases, presence of German measles Rubella in the pregnant mother may cause autism in the child.

More research is required in what causes autism. The difficult part is that autism is a spectrum disorder and there are no lab tests to conclusively determine the presence of the disease.