Home / LATEST STUDIES / Can MRI Be Used for Autism Detection? 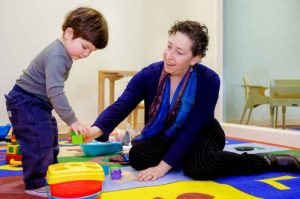 Magnetic resonance imaging (MRI) has been a mainstay for autism spectrum disorder research for quite some time now. The continued use of MRI in this regard stands as a reason that the imaging test can be used for autism detection.

It’s a medical test very similar to X-ray. The difference is that in an MRI, a magnetic field and radio frequency pulses are used to produce images as against radiation used in an X-ray. The images then appear on a computer screen. These can be electronically transmitted, printed, and even stored in a CD.

Getting Started with Autistic Children ABA

MRI is frequently used to detect tumors and brain damage. It is a common tool used in several autism cases. Many experts believe that the imaging test could be the best approach in early autism detection.

Can a MRI really detect autism?

In a recent study, a leading US school of medicine used the MRI procedure to examine the brain activity among children with autism spectrum disorder, their unaffected siblings, and among normal children. The study revealed three major neural signatures.

1. Decreased brain activity in children with autism as well as their siblings.

2. Decreased brain activity only among children having autistic disorders.

3. Increased activity was found only among the non-autistic siblings.

The last case could be that the brain is compensating for autistic tendencies. Such a compensatory activity could have prevented autism from developing, despite the genetic predisposition.

The left and right hemispheres of a brain have to work together for proper functioning of the brain. An MRI of the brain may be able to detect autism by showing the dysfunction in connectivity. Researchers have found that MRI can detect problems in communication between the hemispheres of the brain.

But there’s still no conclusive evidence to suggest that MRI can be successfully used for autism detection.

Employing Autistic Individuals in the workforce