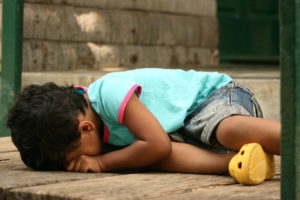 It may not be too long before we can expect children with autism to not enter frequent sensory overloads, a group of researchers from the French Institute of Health and Medical Research have suggested on condition that their success with a generic blood pressure drug administered on mice works on humans as well.

The French team discovered that injecting pregnant mice with Bumetanide, a diuretic, could prevent neurons from ‘firing’ by fixing a defective developmental switch known as gamma aminobutyric acid, or GABA.

While it still remains uncertain as to what effect Bumetanide will have on the human brain, the researchers are convinced that the drug produced promising results in mice by altering the way a neurotransmitter controls neurons at the time of childbirth.

Findings of the study do not indicate that a prenatal diagnosis of autism is possible, cautioned lead researcher Yehezkel Ben-Ari. “I’m not convinced that the hope is one day to be able to treat during pregnancy. The hope is after birth, provided we have a good diagnosis.”

Saying that the study may provide a crucial lead to finding a probable cure for autism, pediatric neurologist Andrew Zimmerman of the Center for Autism and Neurodevelopmental Disorders at the University of Massachusetts Medical School in Worcester stated, “They’ve further defined this GABA switch that we’ve suspected is present in normal brain development but is probably abnormal in autism brain development. This is direct confirmation, as close as you can get in animals.”

Autism remains to be one of the most prevalent neurodevelopmental disorders sans cure. Currently, 1 in 88 children is diagnosed with the condition in the United States.