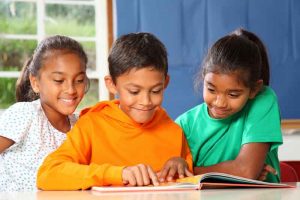 Autism is a complex neurological disorder that affects one in every 68 children. Scientists don’t know the real causes behind autism. But genes are believed to play a key role in the manifestation of autism in a child. While the disorder has no cure, some studies suggest that autism prevention may just be possible.

Research papers published in the New England Journal of Medicine, have indicated that disparities in bran development often begin as early as the second trimester in children who go on to have autism.

The scientific community has found evidence of environmental factors contributing to the manifestation of autism. A Harvard study has found that kids born to mothers who have been exposed to a high level of pollution, run twice the risk of being affected with the disorder. Pregnant women can restrict inhaling airborne toxins by wearing a mask, or staying indoors when the air quality is poor. Areas of high traffic should be avoided, particularly while exercising. During the months of pregnancy, women should stay away from caffeine, tobacco, and alcohol. Using green personal care products, also reduces the exposure to harmful toxins. Many doctors suggest to avoid using plastic water bottles, canned foods and mobile phones.

Autism prevention may just be possible by eating an organic diet which is rich in antioxidants. Fruits and green vegetables are the best in this regard. A minimum of 80 grams of protein everyday from lean meat like chicken, turkey, nuts and similar foods is recommended.

While much research is still needed regarding autism prevention, a healthy lifestyle in the family planning and pregnancy stage may help to give birth to a neuro-typical child.

Autism and Neurodiversity in the Society

Autism Medicines and their Role in Treatment