Home / AUTISM / Autism Medicines and their Role in Treatment 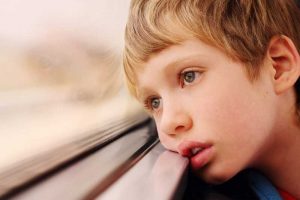 Medicines have a very limited role to play in improving the symptoms of autism spectrum disorder. Some autism medicines may help a child to stay away from self-injury and similar other behaviors. But it has now been widely acknowledged that medicines can only take a child with autism to a functional level at which he/she can benefit from other therapies and treatments.

There are no standard medicines to treat autism spectrum disorder. According to American Academy of Pediatrics, one or two major problematic behaviors can be targeted while considering medicines.

Medicines to treat autism are the most effective when used in combination with behavioral therapy. Autism medicines, in fact, are largely complementary to other strategies.

Social challenges, repetitive behavior, and communication difficulties are the three major symptoms of autism. Medicines that address these symptoms have long represented a big domain of unmet needs. Even today, there are only a few drugs that can relieve a child with autism from these symptoms. Moreover, since autism is a spectrum disorder, the prescribed drugs are unlikely to work for all individuals.

The United States Food and Drug Administration (FDA) has approved two drugs, aripiprazole and risperidone, to treat the irritability associated with autism spectrum disorder in children. But no drug has yet been approved by the FDA to address the core autism symptoms. Aripiprazole and risperidone, to an extent, can reduce these symptoms. Relieving a child of irritability can improve his/her social interactions. Self-harm behaviour and aggressive outbursts are the impediments for a child with autism to mix freely in the society.