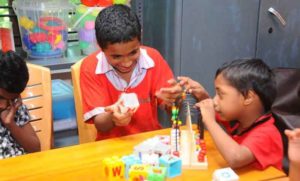 For nearly 0.66 percent people across the globe and their families, autism spectrum disorder (ASD) is a part of their lives. Autism affects one in every 150 people all over the world and is one of the fastest growing disabilities with an annual growth rate of 10-17 percent. According to conservative estimates, India has 1.7 million people with autism. But in the India ASD scenario, most people remain undiagnosed and have no access to the services they need.

In India, a child showing typical ASD symptoms like not responding to his/her name, inability to execute instructions, doing something repeatedly, throwing temper tantrums etc. many children with ASD are labeled as crazy and mentally retarded. Neuro-typical peers of children with ASD often make fun of them, adding to their anguish and compounding the behavioral problems. Many children with autism grow up to be fully dependent on their parents.

Hurdles faced by parents, in the India ASD scenario, are many. While with early intervention and proper therapy most of the high functioning children with ASD can learn to live independent lives, this often doesn’t happen in most cases. A child with ASD should be put in an “early intervention program” by the time he/she is 18 months of age. But the early signs of autism manifestation in a child are often ignored by parents, largely because of lack of awareness.  In reality an ASD child is brought to a special school only when he/she is much older. This makes teaching more difficult for the instructors. Early diagnosis calls for a high level of alertness both among parents and therapists.

5 Teaching Tips for Children with Autism