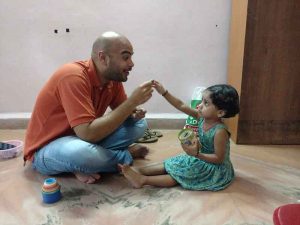 While 2 April is observed as World Autism Awareness Day in India as elsewhere across the globe, the country doesn’t have too many resources available on the disorder like that in the West. Even the literature available on autism is far less.

According to conservative estimates, about 1-1.5% children with autism in India are aged between two and nine years. Autism affects one in every 68 children in the world. In fact, by the end of 2017, more children are likely to be diagnosed in India with autism than with diabetes, cancer and AIDS combined. But the main challenge for the country is to carry out official surveys and adopt policies for a better understanding of the disorder and also ensure employability to those having autism.

India also has to work towards busting the myths associated with autism spectrum disorder. The larger belief is that children with autism are incapable of learning. But many children with the disorder have excelled to show their proficiency in linguistics, mathematics, and science. Many such children, like their neuro-typical peers, are digital natives and can use electronic devices like tablets and smartphones with ease.

But all these can be possible only when the parents of children with autism realise the early symptoms and the proper therapy is started. Increased autism awareness is the first step in this regard.

Experts say that autism awareness plays a key role in managing the disorder as the child grows up. Such children can accomplish several regular tasks. A greater level of understanding and an accepting environment is all that they need.