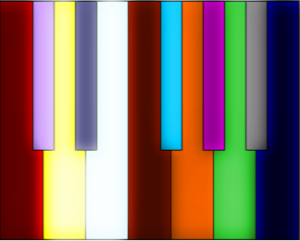 Perhaps we now know the answer with a wee bit of certainty as to why some individuals with autism have prodigal talents in offbeat areas of interest. A recent study suggests that people with autism are more likely to be synesthetic than those without.

Synesthesia is a neurological singularity in which multiple senses merge into one another in such a way that information processed by one sense trips another to respond. In other words, a person with synesthesia can visualize a color on seeing a particular alphabet or vice versa.

Conducted by researchers from the Cambridge University, the study involved 261 subjects of which 164 had autism. After a thorough examination of the participants, the study authors found that 19% of those with autism also had synesthesia, as compared to only 7% of those without the neurodevelopmental disorder. Reportedly, 12% of the participants had both autism and a couple of variants of synesthesia.

“I have studied both autism and synesthesia for over 25 years and I had assumed that one had nothing to do with the other. These findings will re-focus research to examine common factors that drive brain development in these traditionally very separate conditions,” said lead study author Prof. Simon Baron-Cohen.

It is understood from the findings that connectivity at the brain level plays a crucial role in both autism and synesthesia. In case of autism, neurons are usually over-connected, causing restricted focus areas. With synesthesia, however, different parts of the brain are disjointed, observed the Cambridge University team.