Home / AUTISM / Autism and its Impact on the Family 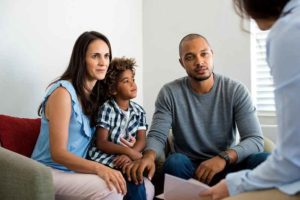 Social impairments among people suffering from autism spectrum disorder usually lead to a difficulty in understanding what’s happening around them. They are also often unable to predict what may happen in the near future. This leads to considerable anxiety and insecurity almost on a daily basis, which is often expressed through several stress-reducing obsessive behaviors like rocking, flapping, punching, kicking, biting, and even full-blown tantrums.

Autism spectrum disorder is not a visible disability. Public, in general, often brands it as “odd” behavior. They assume that an autistic child is just being naughty, or that its parents can’t properly control the child. As a result, many parents don’t take their children to public places. They can’t risk the behavioral difficulties and the subsequent public judgment if their child becomes hyper-active. This often causes not only the autistic child but also his/her siblings to become isolated and housebound. It may have a profound effect on the emotional and social wellbeing of the siblings.

A child with autism may often experience failure in school, work and social situations. It leads to low self-esteem and lack of confidence. In some children, it could lead to depression, high anxiety, and mental health issues. Autistic children are also prone to abuse because of the social deficit. It’s not unusual if their so-called “friends” take advantage of them.

Children suffering from autism spectrum disorder often have disturbed sleep patterns. They need continuous supervision which can be physically exhausting. Handling such children during tantrums becomes difficult as they grow up.

Volunteering Opportunities for Individuals with Autism

Siblings of a child suffering from autism spectrum disorder also undergo a stressful environment at home. They too are unable to socialize and go out as a family. Some of them begin caring for their autistic sibling to help parents. They ignore the strain. But this may have a long-term psychological effect on them. Siblings need time out from their autistic brother or sister and have a life of their own. The same is true for the parents as well. Else, the routine activity of looking after their autistic child, may take a toll on their personal lives.