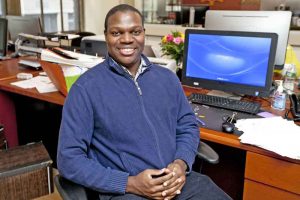 Employment is a crucial for people having autism spectrum disorder (ASD). The unemployment rate for autism is very high, though several companies are doing their bit to provide ASD employment. Nonetheless, the fact that an autistic person has to work in an unfamiliar environment, can make him/her enough paranoid.

Learning to handle the job interview is only the first step for ASD people to get employment. Majority of them don’t have a college degree. Also, even if they are experienced, they are unlikely to have lasted long in any of their jobs. People with ASD usually struggle with anxiety, find it troublesome to communicate with their managers, or upset their colleagues with strange behavior.

In the US, only 55% of adults with ASD have ever worked, any time in the six years after graduating from high school. The numbers were revealed in a 2012 study. But in contrast, more than 74% of young adults having intellectual disability had at least some work experience. While autistic people face hardships to find suitable ASD employment regardless of their age, interventions mostly focus on those graduating from high school or college.

Unlike the prevalent belief, adults with autism are eager to work. But ASD employment opportunities are not much forthcoming. But the past few years have seen a surge in companies opening up to hire people with ASD. There are even several small companies that only hire people with autism. These companies say, underemployed and unemployed autistic adults not only represent a problem with the society, but are also a huge untapped labor force that has unique potential.

Programs have come up in recent times that are addressing the gap between companies willing to open ASD employment and autistic persons willing to work, by training the latter to sail through the hiring process. Thankfully, the number of employment initiatives today for autistic adults is much more than earlier.

Nonverbal Ways to Connect with an ASD Child

Technology Interventions for Children with ASD